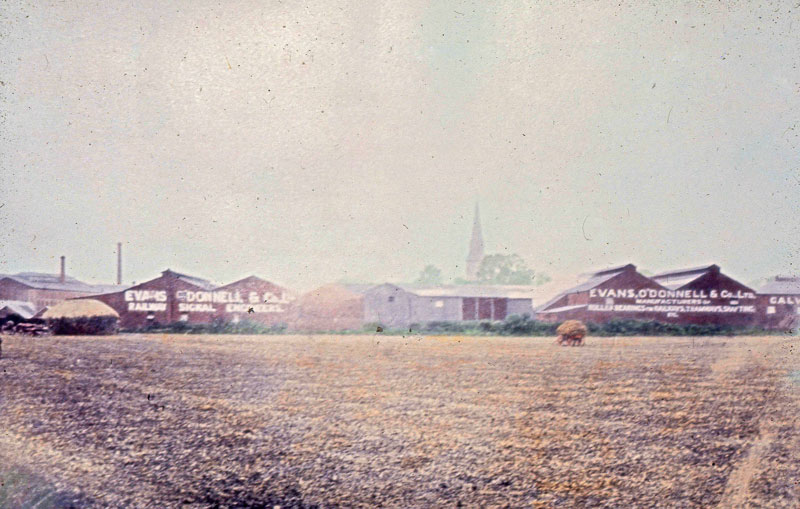 Mr Arthur G Evans started to acquire patents relating to signalling and also invented a point rod roller which proved to be a success. He also formed a company in conjunction with Mr J P O’Donnell and named it Evans O’Donnell Ltd, which in 1894 acquired a small engineering shop and foundry owned by Jones & Bayliss, of Foundry Lane, Chippenham. Evans O’Donnell prospered and in 1897 built the first shops of the present Chippenham Works, in which mechanical signalling, points and rollers and roller bearings were manufactured, some of which were used on ‘Big Ben’.

Evans O’Donnell purchased in 1894 the Foundry of Bayliss and Jones, which was in the Langley Road, about 400 yards from the later Chippenham Works. This building still existed in 1975 as a store for the Southern Electricity Board. 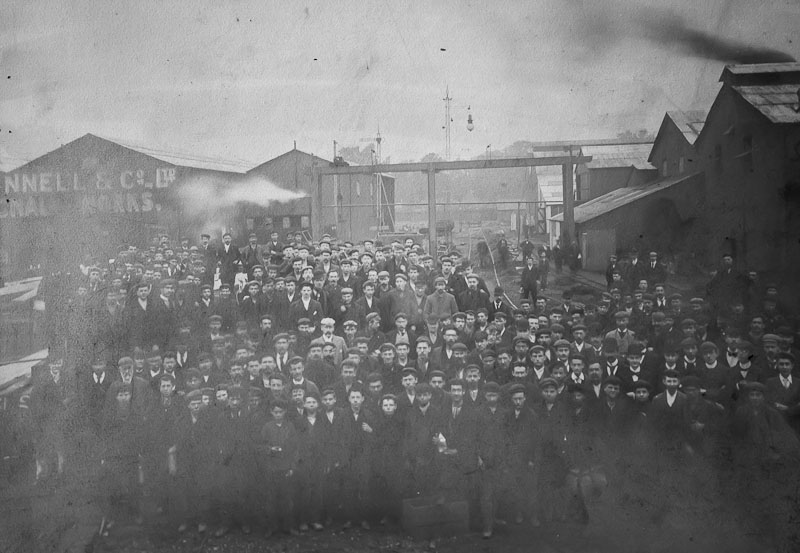 The picture on the right shows the employees of the Company posing for the camera in the late 1890s.

Although the names of the individual companies remained following the consolidation, Evans O’Donnell appear to have been subsumed into Saxby & Farmer – only fully disappearing in the 1920 creation of the Westinghouse Brake & Saxby Signal Company.