According to the 1974 Presentation of the history of WB&S:

“The first Gresham products were boiler feed injectors for both locomotive and stationary boilers.

“In France in the 1850s Henri Giffard designed an airship complete with flash tube boiler and steam engine driving a propeller – the airship was built embodying his first patent ‘injector’. 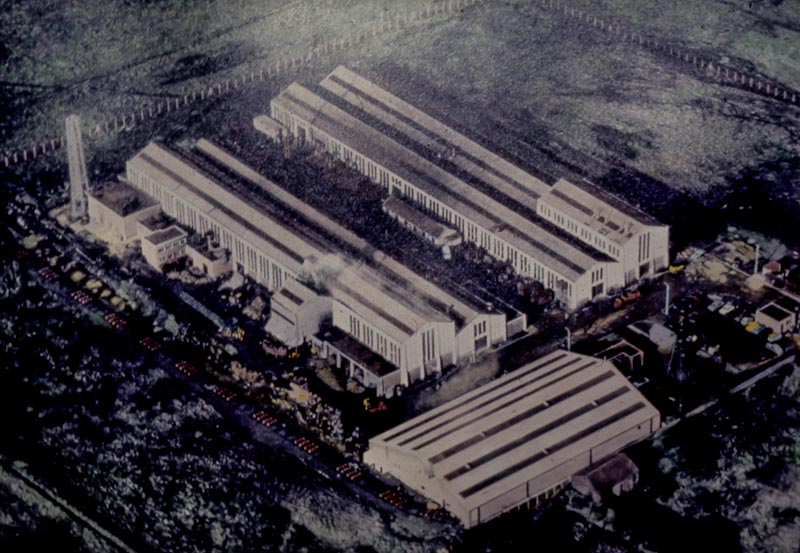 “In 1860 a unit arrived at the works of Sharp Stewart & Co, locomotive builders, Manchester. Sharp Stewart were initially unimpressed and continued making plunger pumps. James Gresham, their Draughtsman was utterly convinced of the injector’s future. He left Sharp Stewart and formed a partnership with a Mr Heron, wire mattress manufacturer, who added this new product to his existing business, and in 1866, when James Gresham was 27 years old, arrangements were made with Giffard to manufacture injectors in England and the firm of Gresham & Heron was founded. Other products for the consumer market were developed including a domestic sewing machine.

[The photo, above, shows the Salford factory, believed to have been operated from 1866 until 1957, when manufacture moved to Worsley]

“In 1870 Tom Craven joined the firm as third partner and the firm became Gresham, Heron and Craven. Later Mr Heron was bought out and the business became ‘Gresham & Craven’.

“In 1875 the famous Newark Brake trials were held on the Midland Railway with various types of continuous brakes but only the Westinghouse compressed air brake and Smith’s vacuum brake achieved an acceptable performance. After this, both systems began to appear on various British Railways.

“James Gresham sent his youngest son, Sam, to India to sell vacuum brakes and in 1889 the Director General of Railways confirmed the adoption of vacuum brake for the whole of India. Burma, Ceylon, Siam and Malaya followed suit and most railways in Africa and South America.

“In 1892 a new company was formed to handle Indian imports, Heatly & Gresham Ltd, with a depot at Entally, Calcutta.

“By 1901 Heatly & Gresham had become agents for dozens of well known firms and a third company was formed, the Heatly Gresham Engineering Co at Letchworth, making small oil engines for India. Later large exhausters were produced for EMU trains in India and elsewhere.

“In 1905 the Heatly Gresham Entally depot and works was sold to Saxby & Farmer of Chippenham. The Letchworth Works survived until 1933 when the business was transferred to Manchester.

“James Gresham, founder of G & C died in 1914, and by a strange coincidence, George Westinghouse also died in 1914.

“In 1936 another company was formed – Gresham & Craven of India (Private) Ltd, with works at Gobra, Calcutta, about a mile from the Saxby & Farmer works at Entally.

“Gresham & Craven were then taken over including Gresham and Craven of India in 1954 by Westinghouse Brake & Signal Co Ltd In 1957 the Salford Factory was closed and a new factory built at Walkden, Manchester.

“The Vacuum Brake Company was bought by the Laycock Engineering Co in 1955. 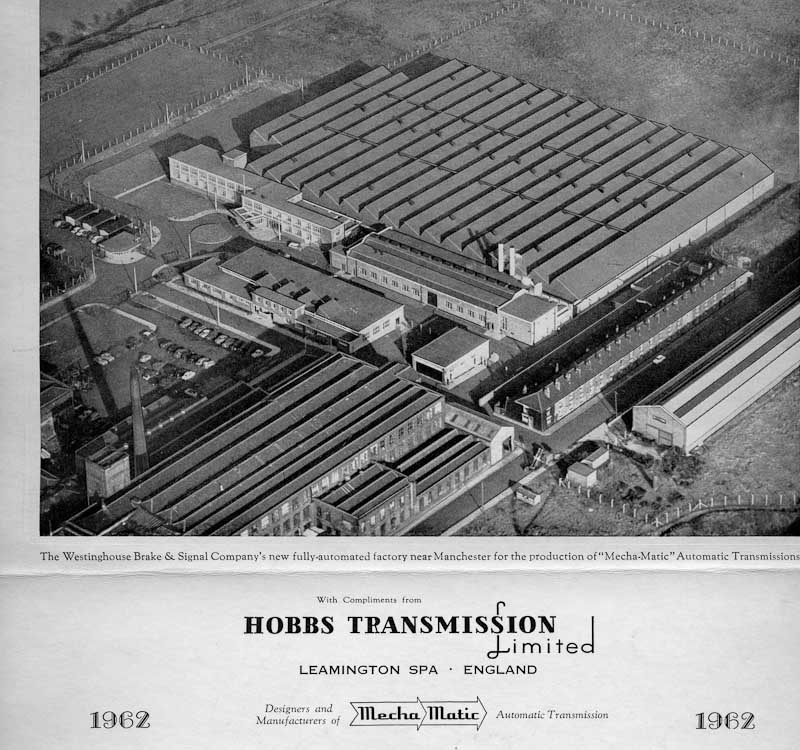 “Gresham & Craven set up a new business in Manchester to manufacture the Hobbs Gear Box.

[The Hobbs factory is pictured. This appears to have been a wholly ill-advised escapade into a market in which the company was not a specialist, nearly resulting in the demise of WB&S according to Ossie Nock in ‘A Hundred Years of Speed with Safety’]

“Finally the Manchester Works were sold in 1965 and the Vacuum business transferred to Chippenham.”