According to a 1973 presentation of the history of WB&S:

“W R Sykes was born in London in 1840 and at 14 commenced work in the Strand office of the Electric and International Telegraph Company. His working day commenced at 6am and ended at 5.30pm, the remainder of the day being spent on his hobby of clocks. His knowledge of clocks became blended with the knowledge of electricity acquired in his humble duties for the Telegraph Company and his subsequent employment as an assistant to a Chronometer maker to the Royal Observatory at Greenwich, his experience in the Post Office and Government departments, led to his commencing the practice of synchronising the Post Office clocks by electric current from the Royal Observatory.

“Sykes’ invention of the ‘lock and block’ system of working set the seal upon his career, the patent being granted on 23rd February, 1875. 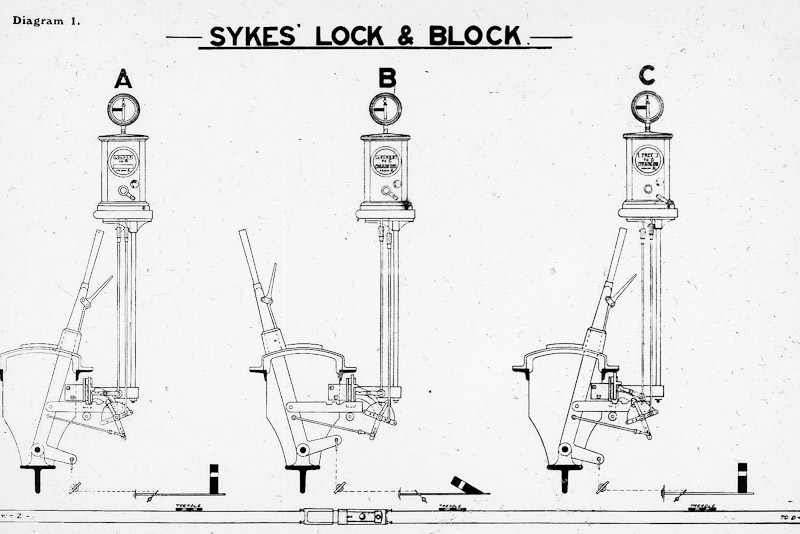 “Sykes then developed the electro-mech system of working. Glasgow St Enoch station was replaced by modern all-electric interlocking in 1932 – perhaps one of the finest of all electro-mech jobs was at Victoria on the Brighton side, which was not replaced by colour light signalling until 1939.

“In 1899 the business was turned into a limited company. W R Sykes continued in active control until his death in 1917. The Company became associated with Westinghouse in 1918 until its closure and transfer to Chippenham in 1964.”

Sykes was the subject of two detailed articles in the in-house magazine ‘Westinghouse Review’ in the 1950s. At the end of the second article, reporting on a visit to Sykes’ Clapham and Peckham works, the author noted: “The foregoing is necessarily a very sketchy outline of an active and growing member of the Westinghouse group of companies, and while space has prevented an adequate description being given of each department, it is hoped that sufficient has been written to show that our associate is a well-organised and vigorous underatking and is living up to the high reputation enjoyed for so many years by the Company of Sykes.”

A large number of Sykes drawings were photographed onto microfiche, and some 20,000 or so of these still exist. They are now at the Wiltshire and Swindon History Centre in Chippenham.

Thanks to the hard work and dedication of David Collins, Mike Holland and Bob White, the mammoth task of cataloguing these drawings was complete in January 2015. A searchable and downloadable PDF version of the index can be found here. (Don’t forget there is a McKenzie and Holland index on the page for that company here).