A 1974 History Presentation demonstrates how he Westinghouse connection to rectifier technology and later to semiconductor techniques was a very long one, going back to the very early days of the understanding of the physics. In the first half of the twentieth century WB&S maintained strong links to Westinghouse’s US signalling Company – Union Switch & Signal (now part of Ansaldo) where Dr Grondahl and his colleague Nicolson, of the research department discovered that copper having an oxide thereon rectified current and took out an American patent.

Under the arrangement with the Union Switch details were sent to WB&S, which applied for a corresponding United Kingdom patent case No 6194 of 7th March 1922.

According to Nock in “A Hundred Years of Speed with Safety”, The first application of copper oxide rectifiers for signalling was to provide a power feed to a dc track circuit outside Paddington Station in 1925, although other Wes sources name the first application as being at the Victoria and Exchange Station, Manchester, in 1927! 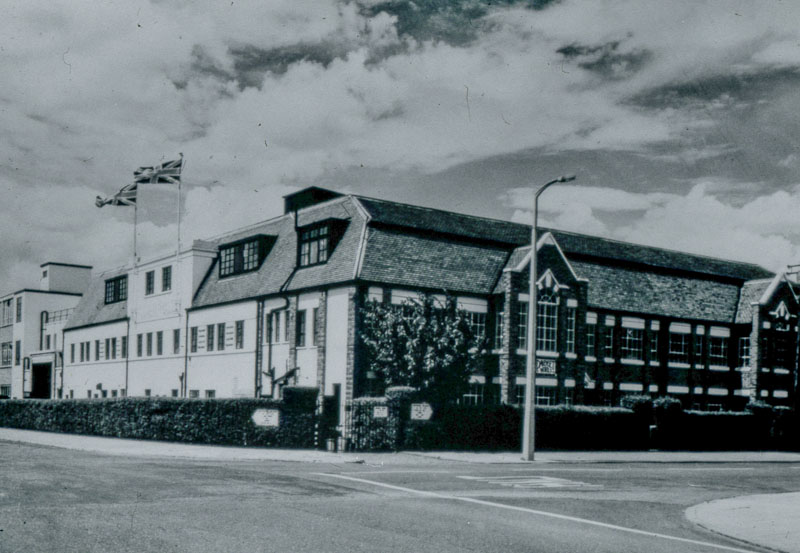 Nock explains: ” … it is appropriate to introduce our one time subsidiary company of Partridge Wilson & Co Ltd of Leicester, now fully integrated with the Rectifier Equipment Division of the Parent Company [Westinghouse Brake & Signal], and operating under the name of Westinghouse Davenset Rectifiers. The name Davenset goes back to the earliest days of broadcasting, when the historic transmitter, 2LO, was operating from Daventry, and Partridge Wilson & Co produced receivers that would pick up the broadcasts – Daven-sets.” The Partridge Wilson buildings are shown in the photograph, right.

According to the 1974 presentation of the history of the WB&S:

“[Partridge Wilson] manufactures rectifier equipments complementary to those undertaken by the Rectifier Equipment Division of the Parent Company. It also has a subsidiary factory operating at Inverness in Scotland. Westinghouse has a 48.5% interest in this Company. The Annual Report, 1974, stated that Westinghouse Brake & Signal Co Ltd took over the balance of the ordinary shares.”

In 1979 Deakin Davenset Rectifiers was created, which over the following years took over both the remaining manufacture of Partridge Wilson and Westinghouse Rectifiers. DDR Ltd is alive and well today, still based in the Rugby area.