Getting a new Railway into service isn’t just a matter of getting equipment on the ground. Maintainers need to know how to look after the system should anything go wrong, Operators and Drivers need to know how to run the railway, and all sorts of other people who play a part in the day to day life of the system need to understand what has changed.

Today much of this is dealt with through the use of computer simulation, e-learning, and a range of other techniques, but in the 1980s Westinghouse had significant success introducing new systems through the use of elaborate model railways.

This gallery shows photography taken by Duncan Chaddock, still with Siemens Rail Automation, during his time on these projects.

Firstly Nigeria. A mainline railway using multi-colour signals, but with some wonderful miniature Lever Frames also modelled. The ‘real life’ control and comms equipment can be clearly seen behind the layout. 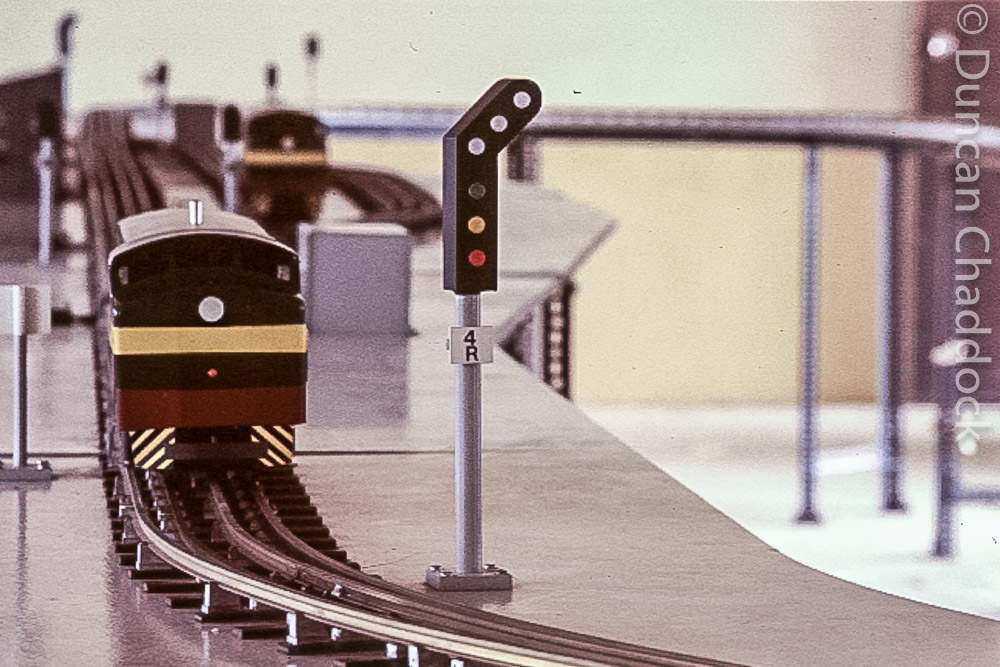 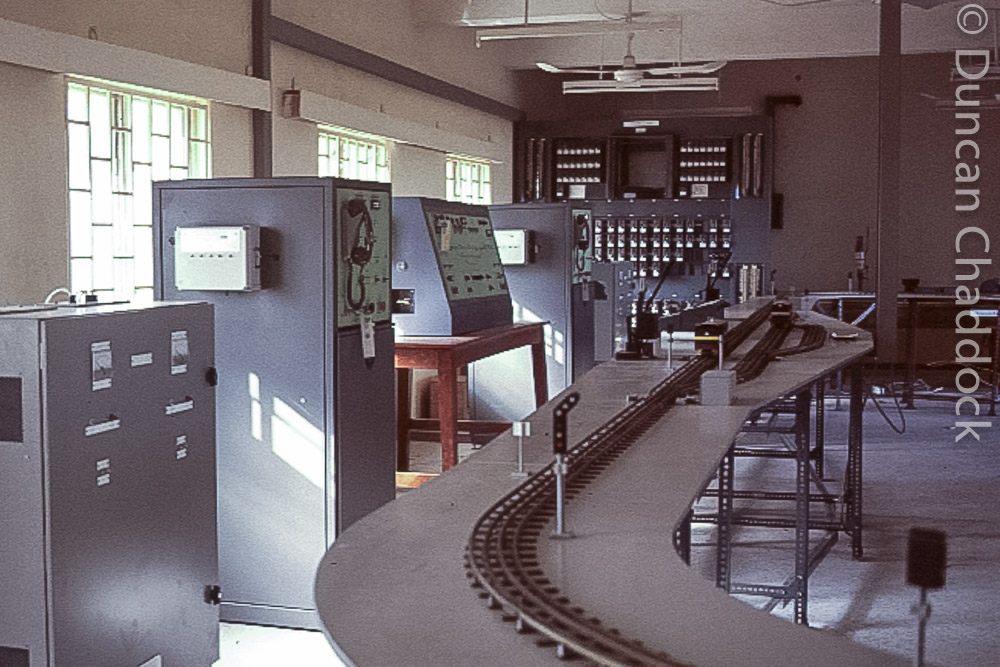 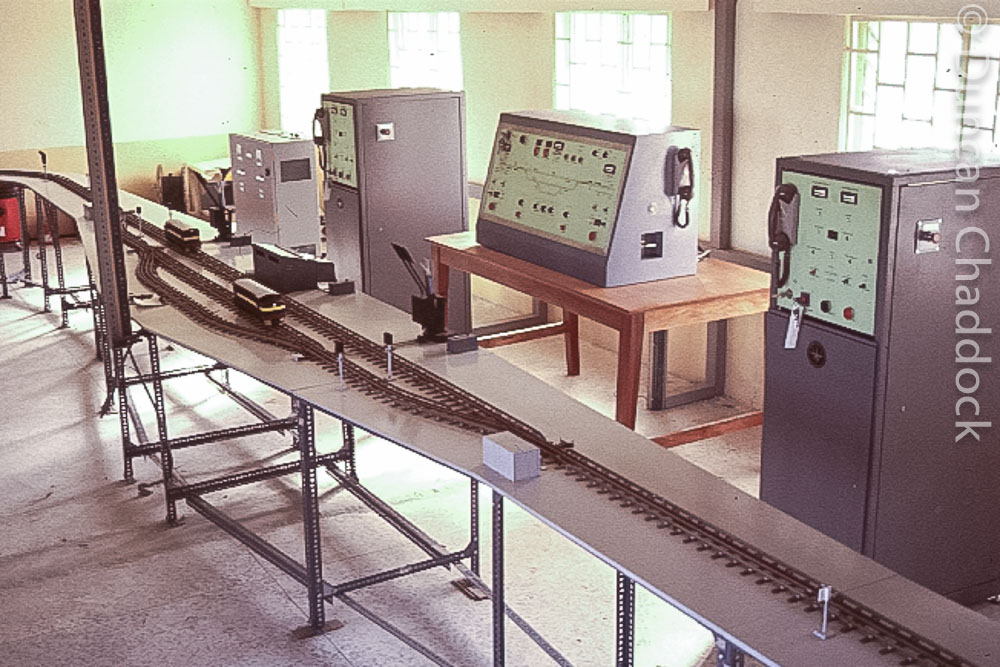 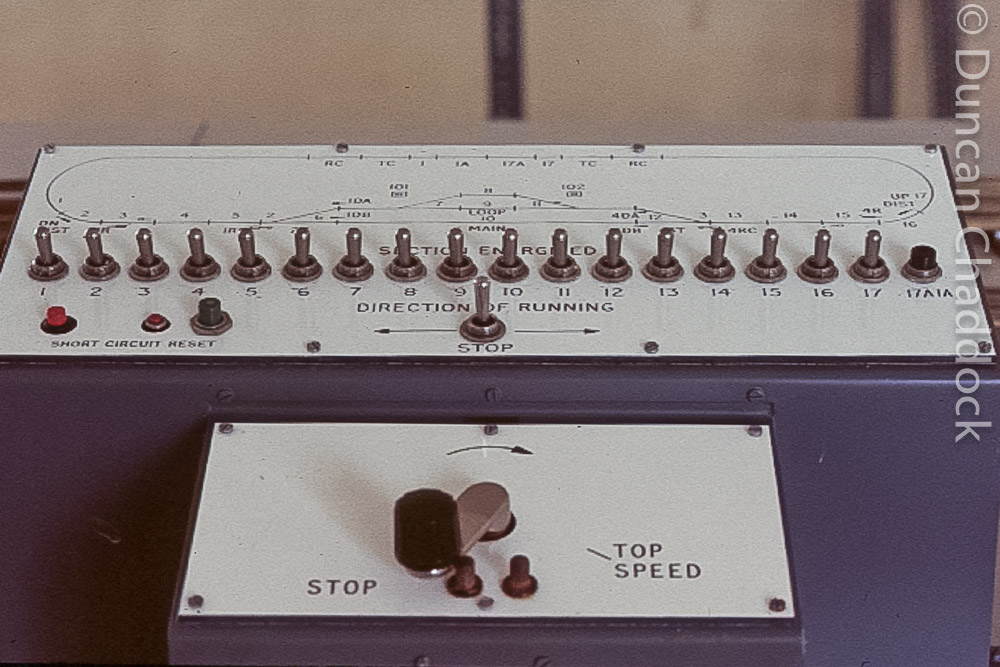 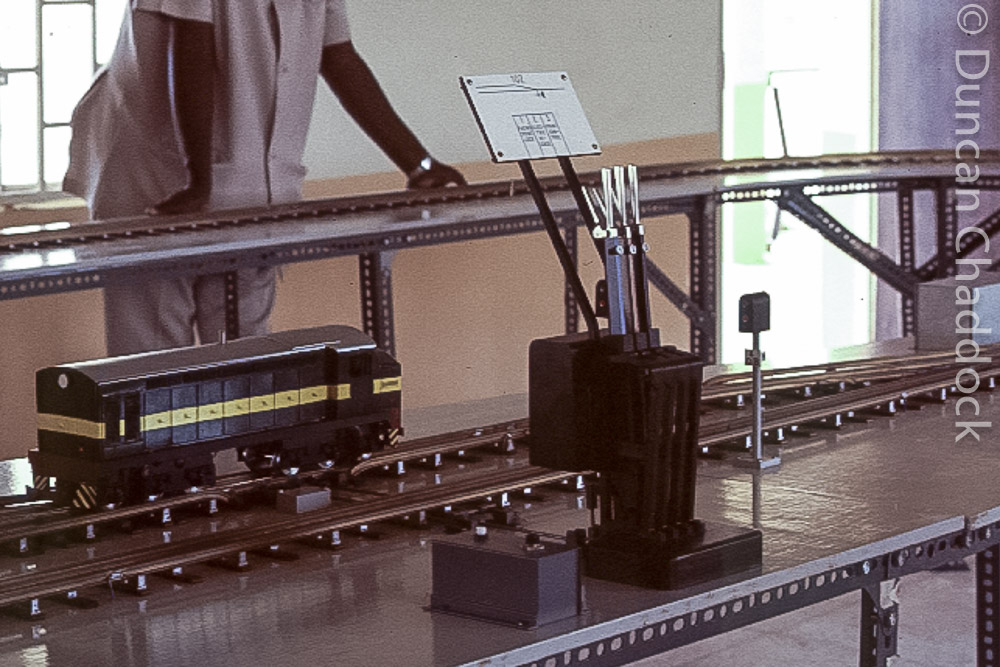 Then in the late 1980s came the large and hugely successful Singapore MRT project, introducing the island state’s first metro lines of what has become one of the most impressive railways in the world. This layout had to model not just simple signalling, but complex Automatic Train Protection and failure mode scenario handling for both Electrical Multiple Units and Non-Revenue Locomotives.

The photos show not only the detail of the layout, but also the size of the job to install the model in its home at Bishan Depot – having been fully assembled and tested in Chippenham, and then shipped to site. 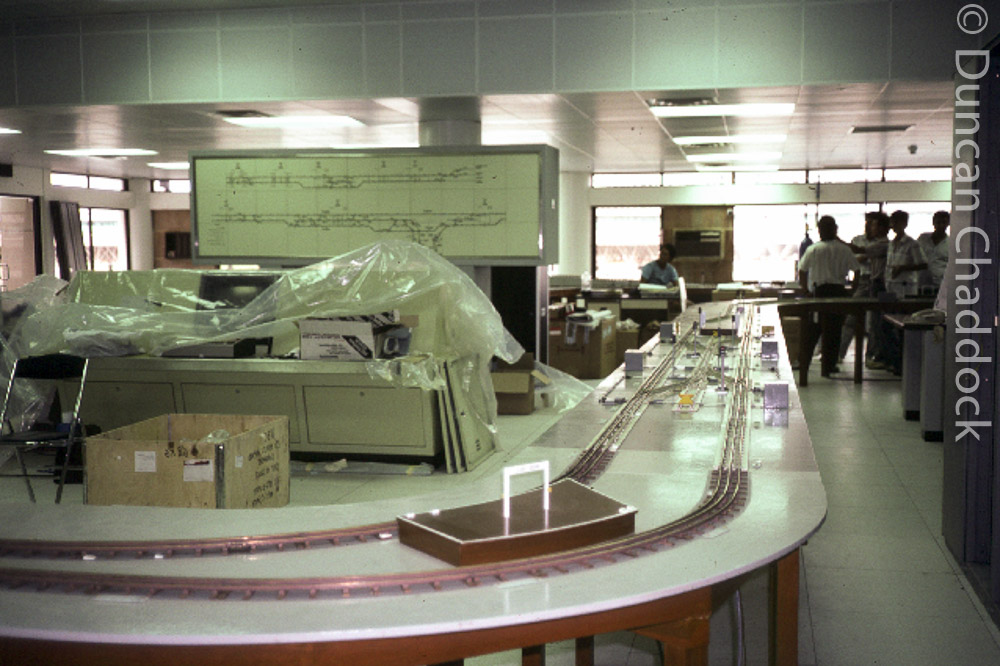 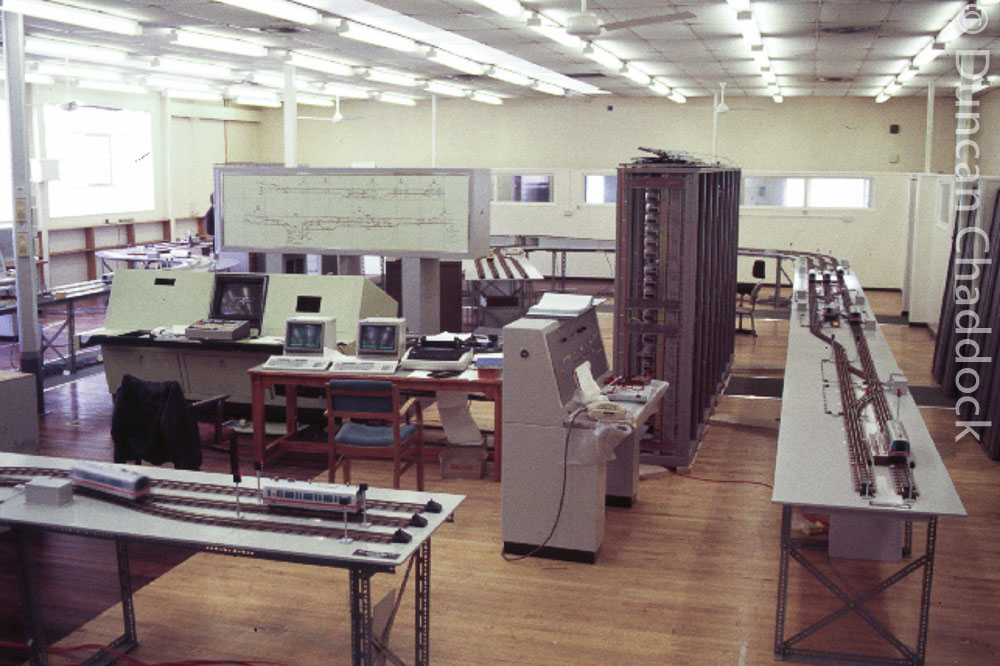 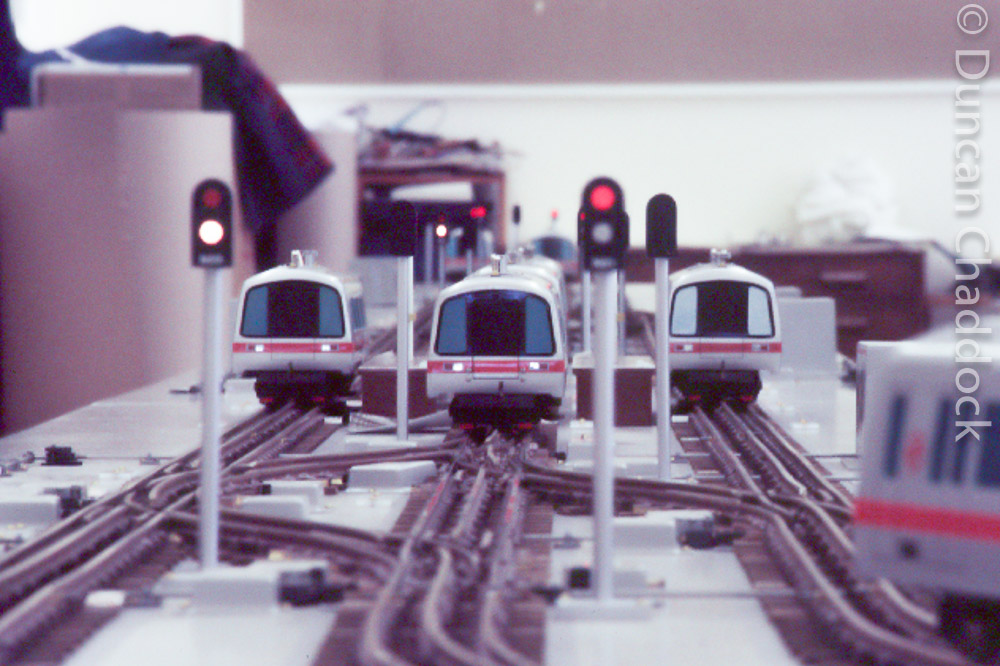 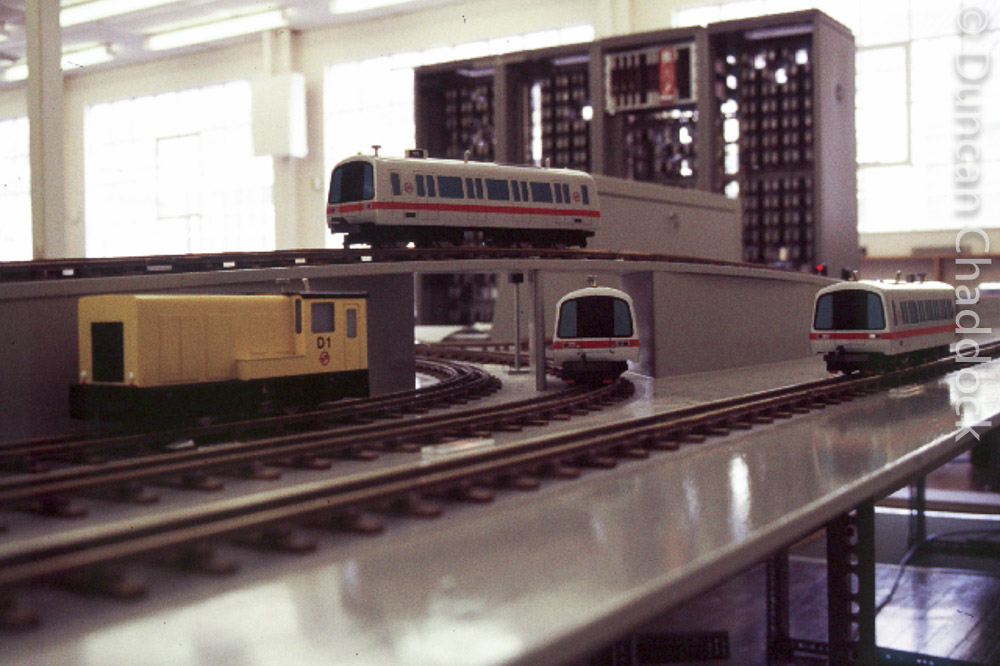 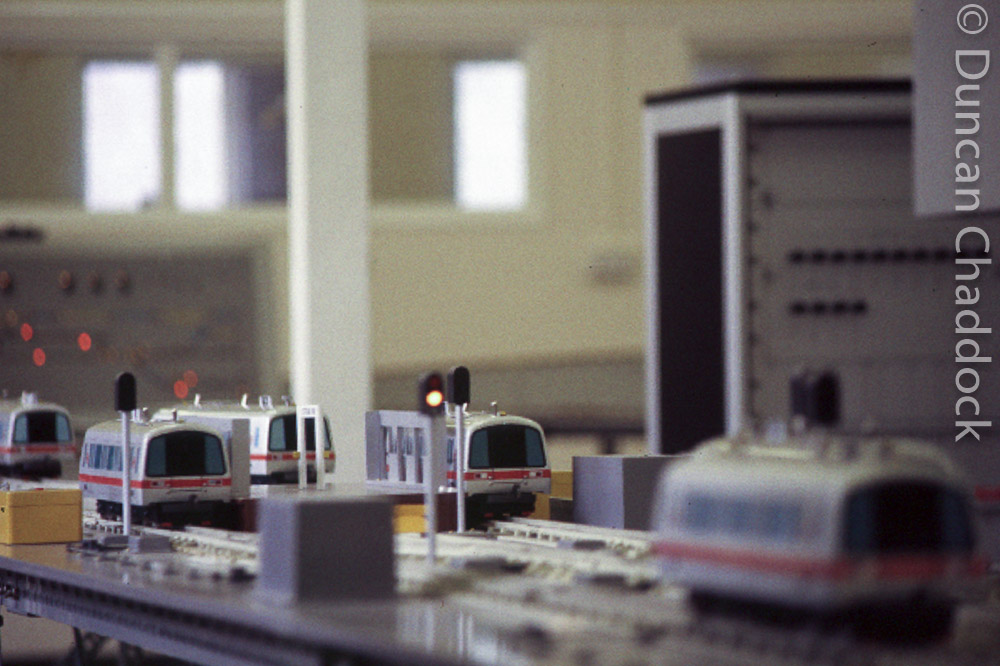 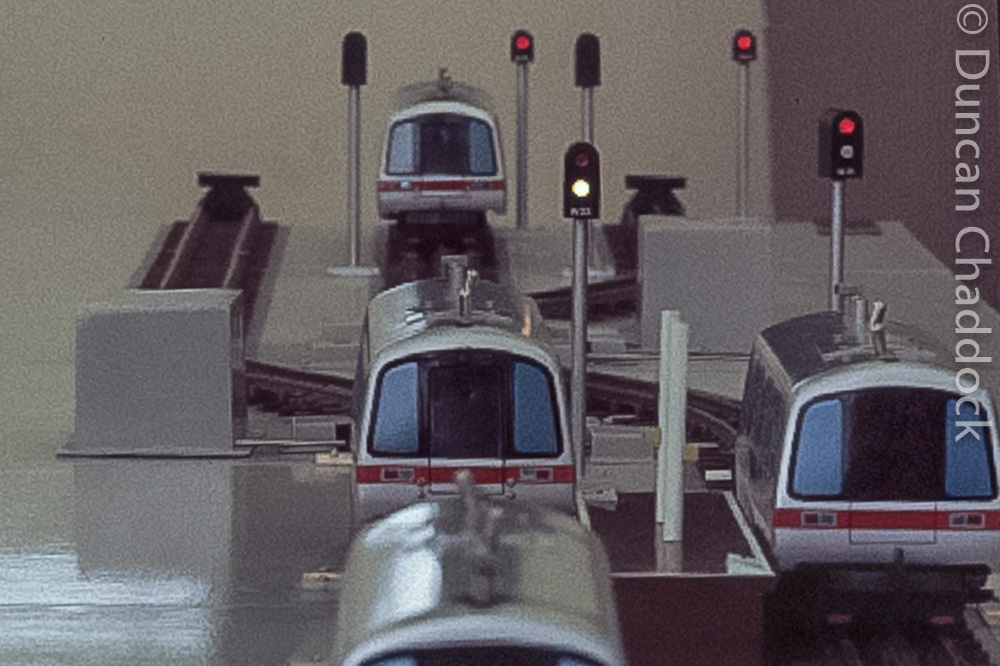 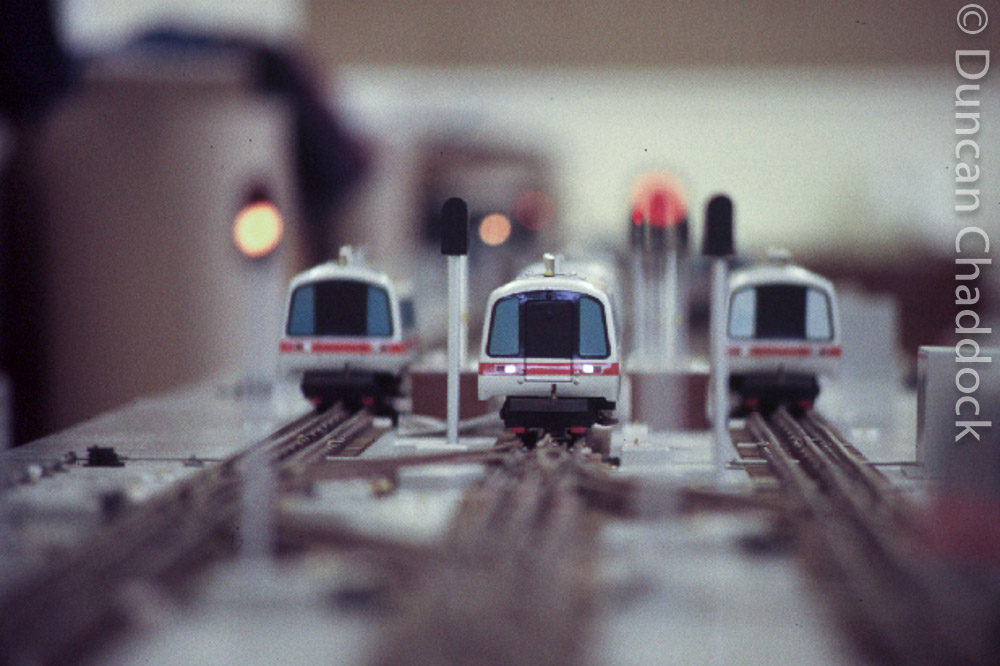 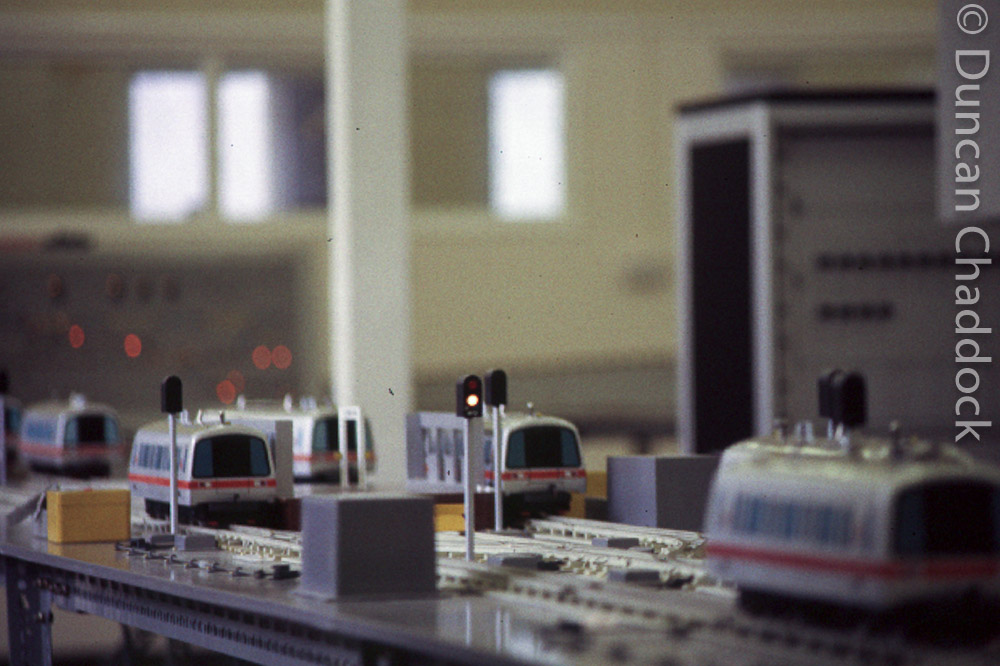 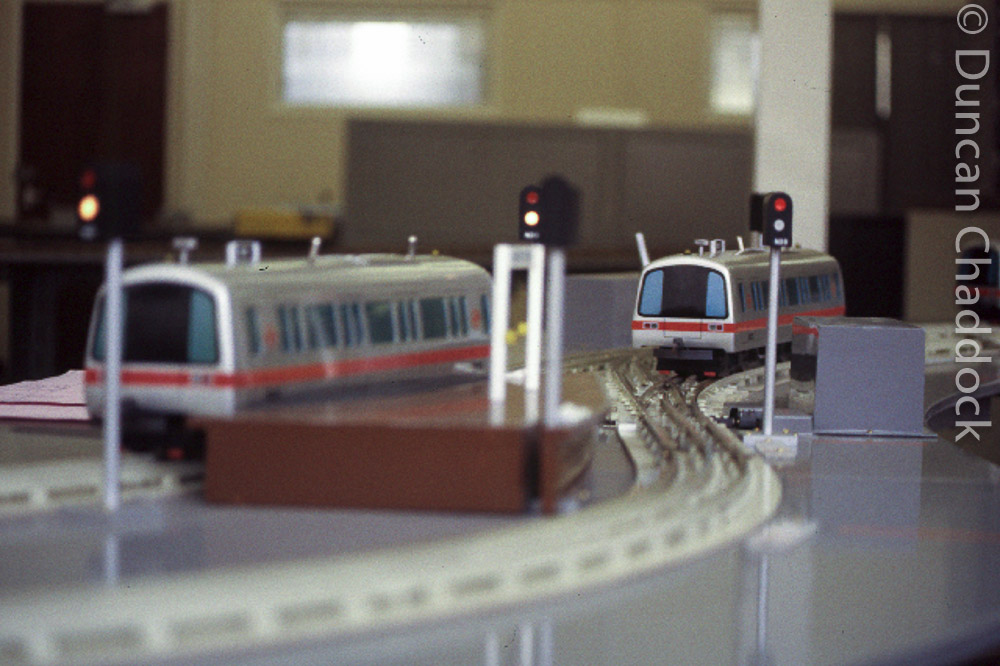 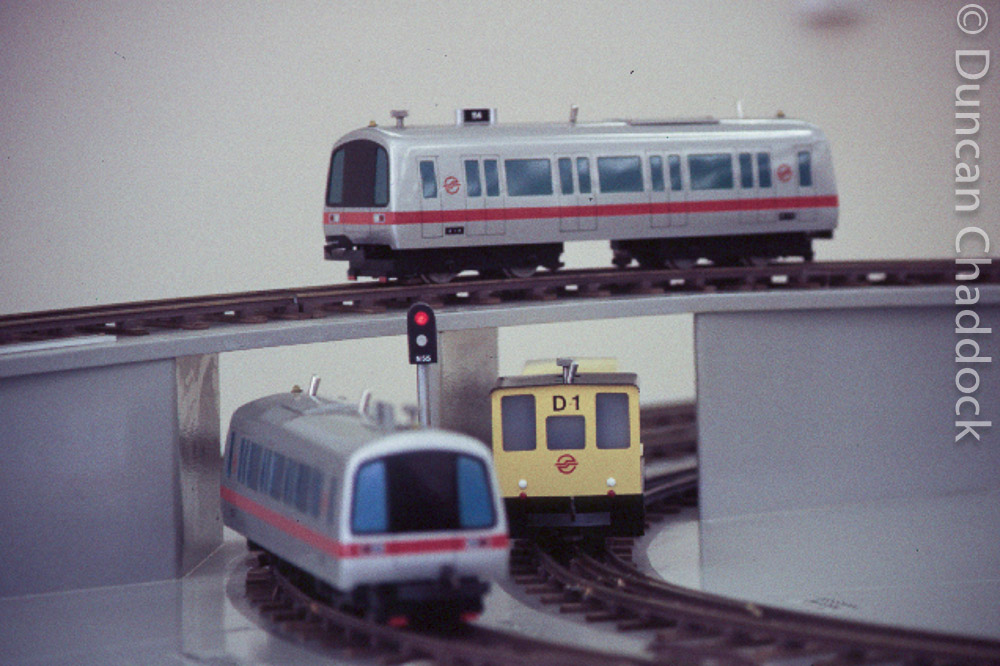 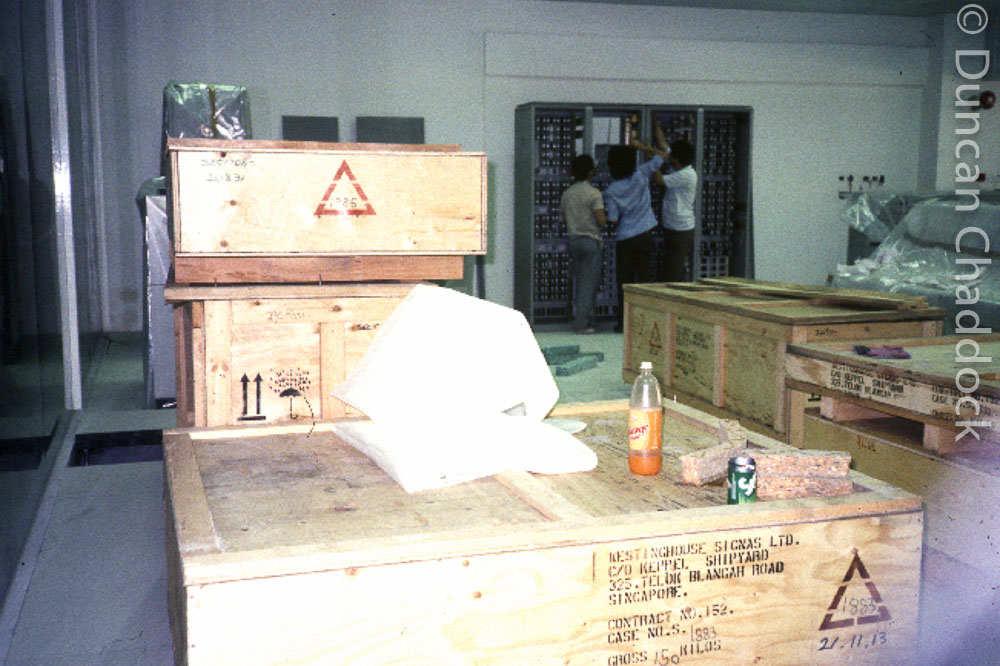 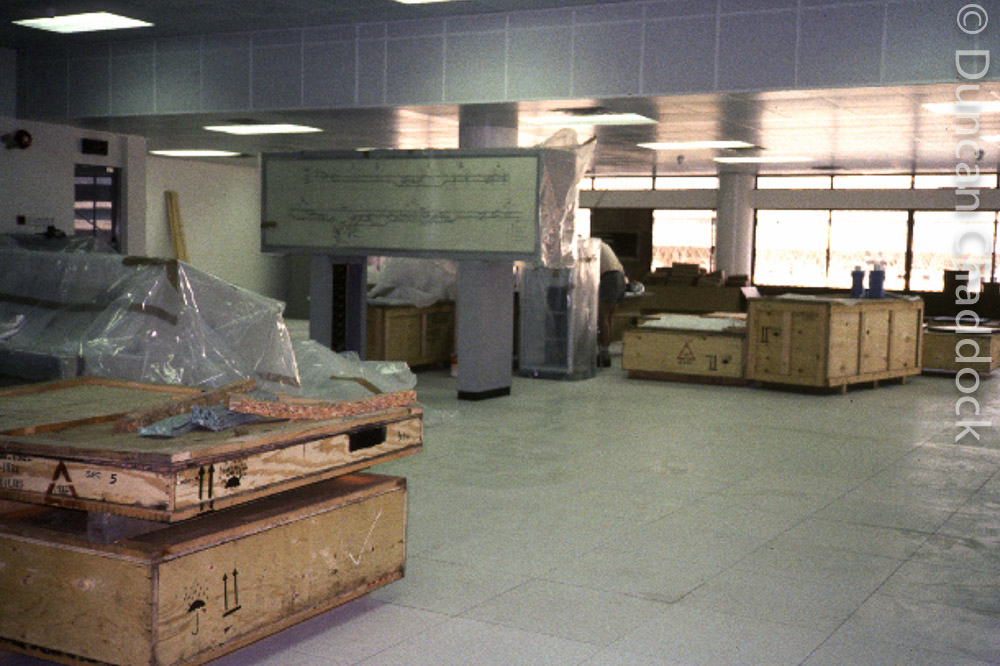 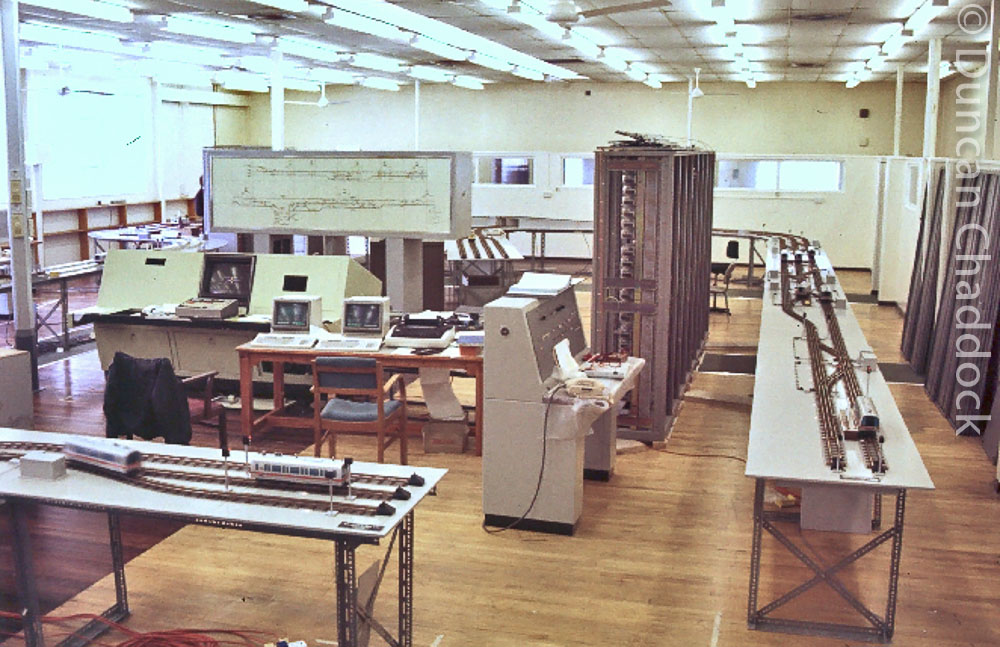 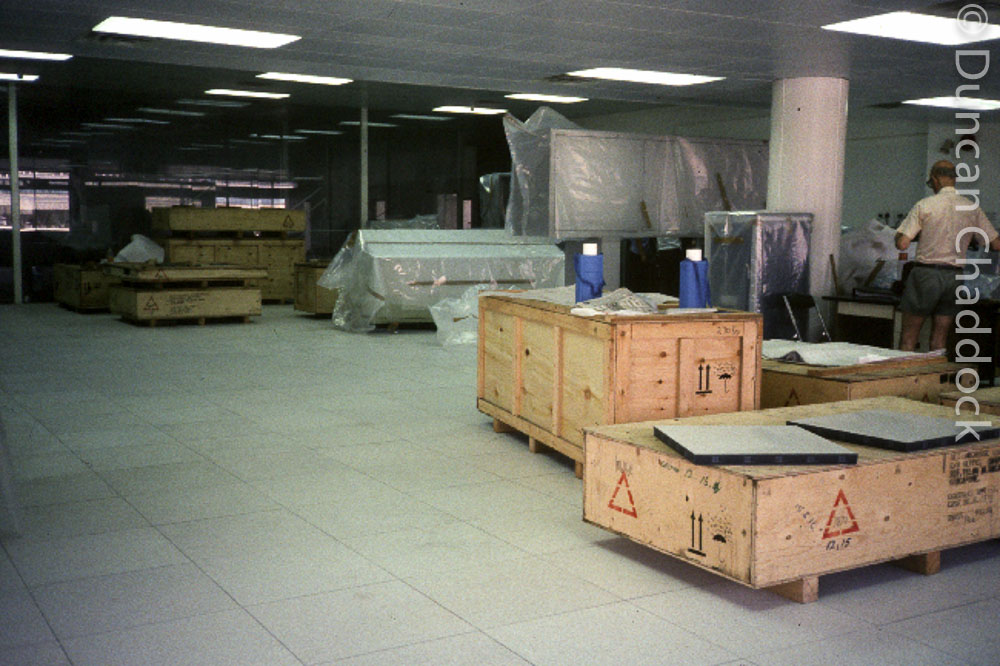