Particularly during the middle part of the 20th Century entire lives were lived within the embrace of Westinghouse Brake & Signal Company. There were many clubs and societies to join and participate in, including the Westinghouse Orchestra and Westinghouse Male Voice Choir. Even today the choir, now called the Chippenham Male Voice Choir, continues with a loyal following of dedicated members. 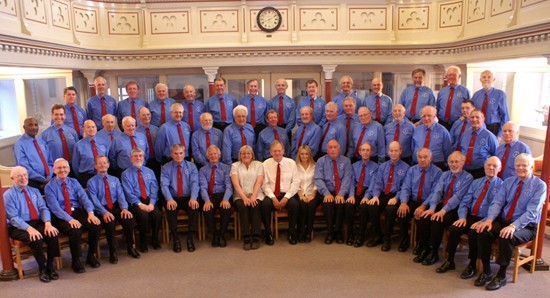 In the 1960s the choir changed its name to Westinghouse Men’s Chorus and conductor David Fidler introduced a wider selection of music, much arranged by himself. The choir, although smaller in size, won the Mallory Cup at the Mid-Somerset Festival in Bath on four occasions.

The choir later separated from the Westinghouse Company and changed its name to Chippenham Male Voice Choir to open its membership to singers from the local area. Now many of its members come from many of the local towns and villages.

Bob Jones became conductor in the 1980’s and under his direction the choir has re-established its former size and now numbers around 50 members. The repertoire has further widened and Bob has arranged many pieces to suit the choir. Most concerts now include a solo or two by Will Barton and Francis Blackford, plus humorous monologues by Peter Field.

As the Choir celebrated its 75th anniversary in 2014, Bob Jones said:
“I started as a graduate apprentice at Westinghouse in 1962 and worked through various positions until I retired early in 1996 as the Personnel, Training and QA Manager in Brakes. I joined the Choir and played in the orchestra early on then returned after a break in the 70’s following which I was coerced into the Conductor’s role c 1980 when David Fidler moved to Basingstoke. Those were the days when “Fidler and Crook” both worked in Works Accounts! The Westinghouse Men’s Chorus derived members from the Company and rehearsed in the Canteen before later broadening its membership to attract members from the wider community and becoming the Chippenham Male Voice Choir.”

For more information visit the choir’s website here.
A few pictures and snippets from the ‘Westinghouse Review’ of 1949 illustrate the repertoire of the early choir – and summon up some of the atmosphere of the immediate post-war era. 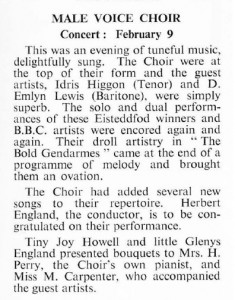 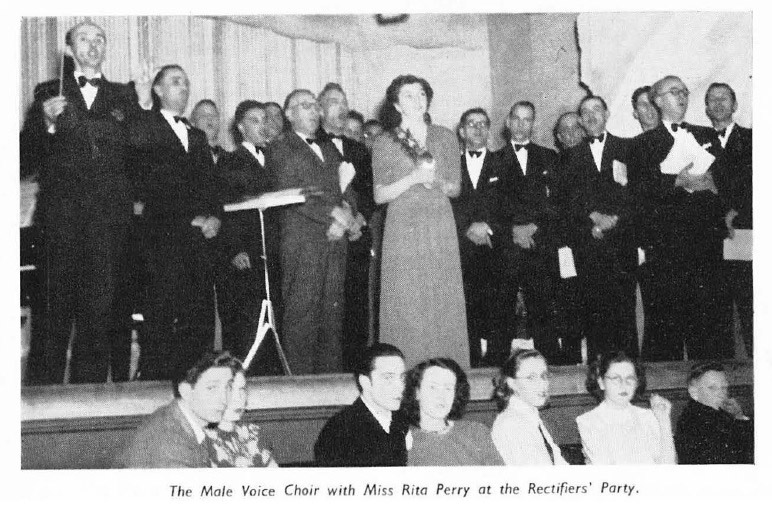 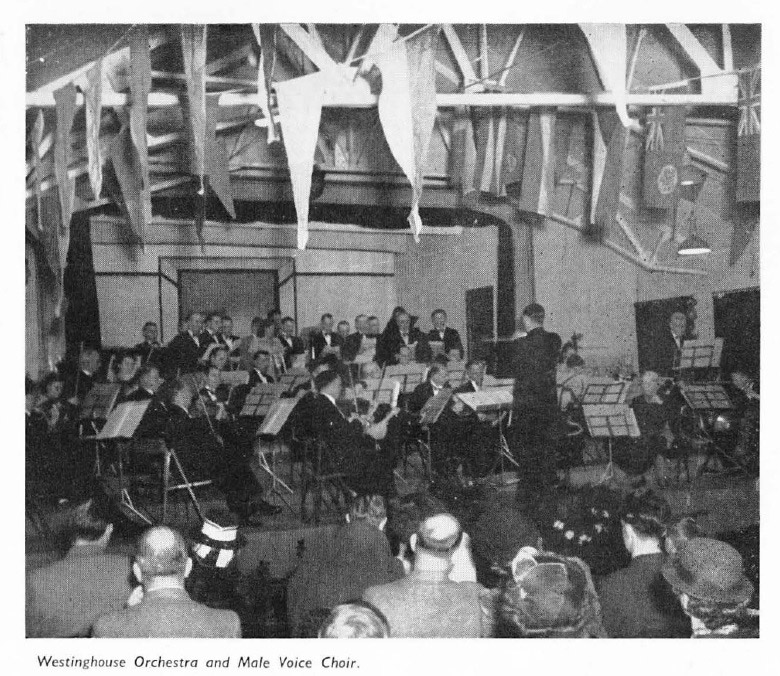