There are many unsung heroes in the history of WB&S and its constituent companies, but one of the most significant – and perhaps enigmatic – has reappeared over the past few weeks.

A team from the North Eastern Railway Association (NERA, visit their website here) are beavering away to produce a history of the signalling on the NER. Many of the drawings that are relevant to the NERA research bear one name as the approval signature – that of one Ernest de Merindol Malan.

Malan gets a brief mention in the Nock ‘Speed with Safety’ book, as the engineer put in charge of signalling in the Westinghouse Brake Company at the end of the 1800s, but little more is said. The expert team at NERA have found out rather more though, indeed Nick Fleetwood, a specialist in the history of the Hull & Barnsley Railway wrote a fascinating article that was published in the ‘NERA Express’.

Nick’s research reveals that Malan filed a patent for an invention that protected against collisions where a train had been shunted, following on from the Norton Fitzwarren accident on the GWR in 1890. At that time Malan described himself as a Signal Engineer to the Hull & Barnsley Railway. Although Swiss by birth, Ernest came from a prominent French non-conformist family originating from Merindol, deep in the Vaucluse in the south of France.

Both his antecedents and later generations were important players in a wide range of fields ranging from the Church to Engineering, one becoming a senior officer in the Royal Navy. Ernest himself was one of the founding father of the Association of Railway Companies’ Signal Superintendents and Signal Engineers, instituted in 1891 – this being the forerunner of the Institute of Railway Signal Engineers.

Malan left the H&BR in 1895 and took a job in what was to become the McKenzie Holland & Westinghouse Power Signal Company – based at the King’s Cross office. As a result of his senior position in the company many hundreds of the early drawings in the Westinghouse archive bear his ‘approval’ signature, and indeed there are many drawn by the great man himself. These include some very early track circuit applications, and some wonderfully innovative applications of technology – an example of his work is shown below. 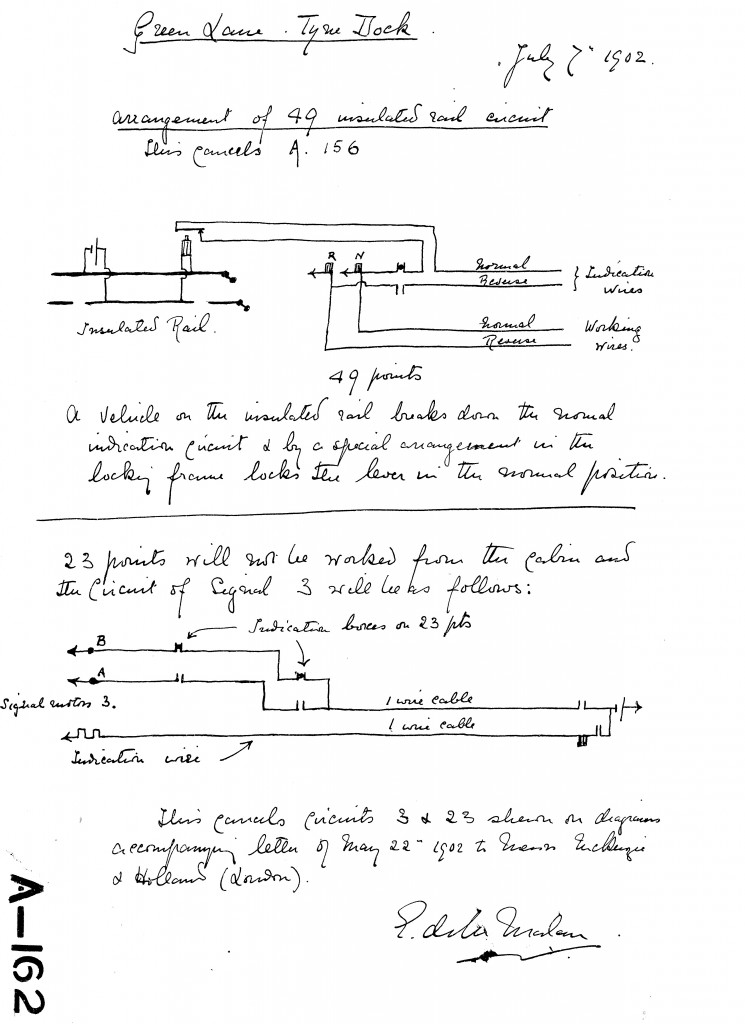 As far as we know, Malan died in Paris in 1937 or 1938. Interestingly his name doesn’t appear on the list of members of the IRSE at any stage – leading us to have more questions than answers about one of the most important pioneers of railway signalling.

If you have any information to share about Ernest – feel free to get in touch using our Contact Us link.