Following October’s launch of the Second Edition of Nock’s ‘A Hundred Years of Speed with Safety’, Polunnio has settled down to the pleasant routine of processing orders from individuals, organisations and booksellers, with over 220 copies of the second edition now sold. We’ve also seen something of a resurgence in interest in ‘the blue book’, with ‘WB&S in Chippenham in Photos’ also selling well, helping us to cover the printing costs of both books and moving us towards being able to continue our support of the organisations that protect the Westinghouse heritage.

Siemens Rail Automation in Chippenham, the proud successor of the Westinghouse Signals business also welcomed the CEO of Siemens UK, Juergen Maier to the site in early November. Seen below with his copy of ‘A Hundred Years of Speed with Safety’, Juergen is a strong proponent of the engineering heritage of the UK and the continuing record of innovation demonstrated here. 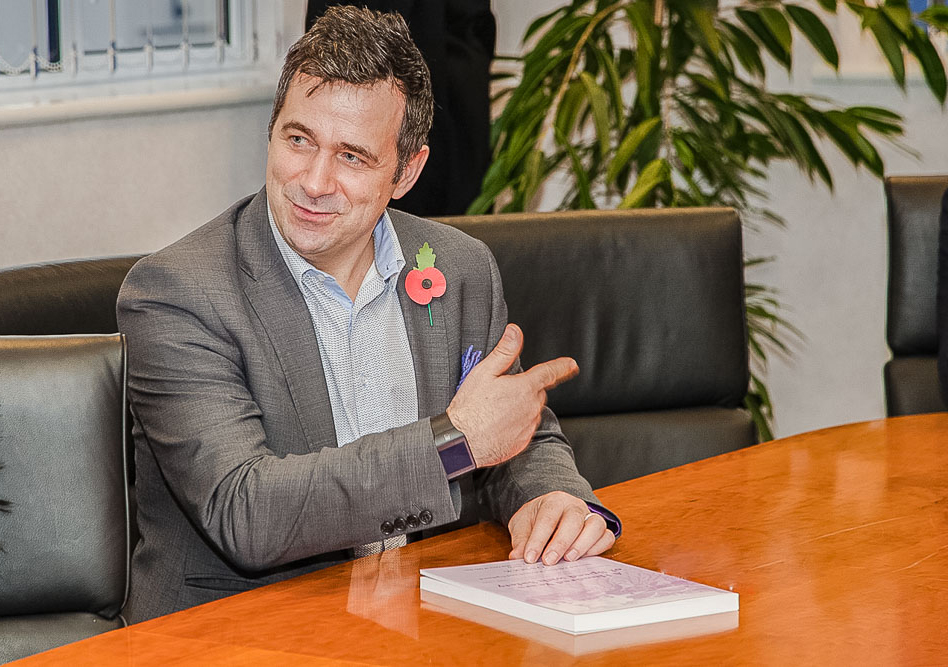 “Siemens Rail Automation has a heritage of innovation, ever since an innovator called John Saxby took out his first patent in 1856 for a railway interlocking system and founded the company that later became Westinghouse Rail Systems then Invensys Rail Ltd, before becoming part of Siemens in May 2013. The history includes many significant industry ‘firsts’ – innovations which have enabled railways to become progressively more efficient and safer. The most efficient London underground line, the Victoria line, has trains moving at a rate of 34 trains per hour and all that is guided automatically using our control technology.

“The site I visited was established 120 years ago and I’m certain there is nothing about the railway signalling industry that the 700 people working on this site today (total of 1500 UK wide) don’t know.”