One of the many technologies imported to the Westinghouse Brake & Signal Company from its American sister, Union Switch & Signal, was Centralised Traffic Control (CTC). Using a range of electrical techniques indications and controls were ‘squeezed’ down a cable between interlocking equipment and remote control centres. This rad 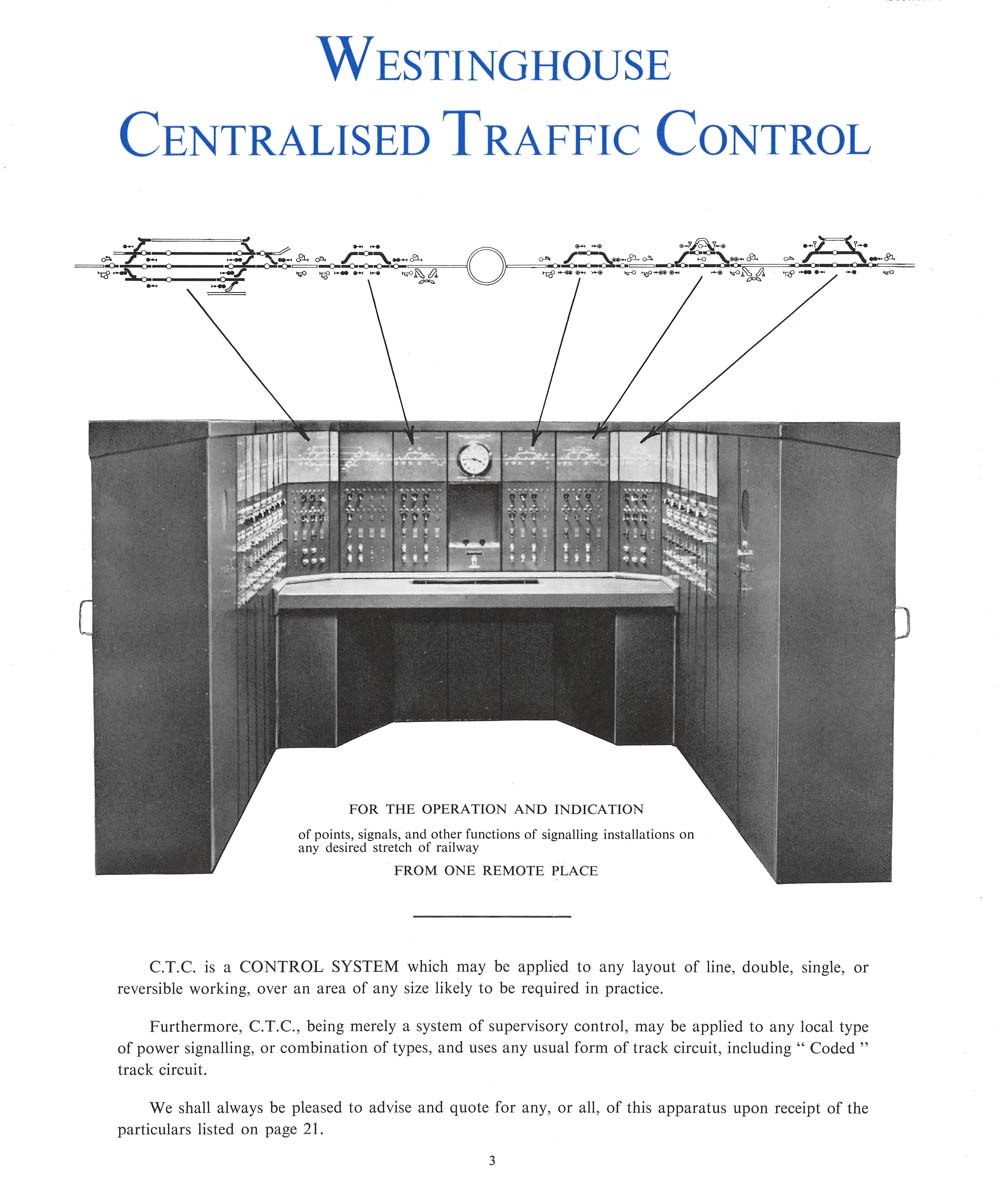 ical approach allowed railways to move away from the then current normal system of signal boxes – and signal men within them – strung out along the railway, towards the use of a smaller number of regional control centres controlling longer stretches of track.

Westinghouse brochures suggested that the first application was in the US in around 1927, but the major deliveries from the UK company started in the 1930s and 1940s, and were still in full swing in the 1950s. Modern equivalents are in widespread use today, albeit increasingly based upon modern computer and network technology.

One of the major schemes was that associated with the upgrade of the railways of New Zealand immediately after the Second World War, with a large number of CTC machines being manufactured in the UK for McKenzie & Holland in Australia and NZ.

One of the ‘stars’ of the publicity was the system installed at Upper Hutt, near Wellington, which got its own page in the Westinghouse CTC brochure (right).

According to the extremely interesting ‘Valley Signals’ website (here) there was a CTC system at Upper Hutt from around 1950, but the version shown in the brochure incorporates control of the 1955 Rimutaka Tunnel.

This system was in use – with various modifications – until 2007, when control moved to a modern Network Control Centre.

What is however remarkable is that the CTC system is still in situ at Upper Hutt – and in superb condition, perhaps a testament to both the original quality of construction and the on-site maintenance.

Peter Lewis has kindly sent us some photographs that show the equipment, hidden behind a desk and some paperwork, an echo of technology that gave over 50 years of service. Close inspection of the photographs and comparison with the brochure show that significant mods were made – as suggested by the different fonts on the panels in the photos. 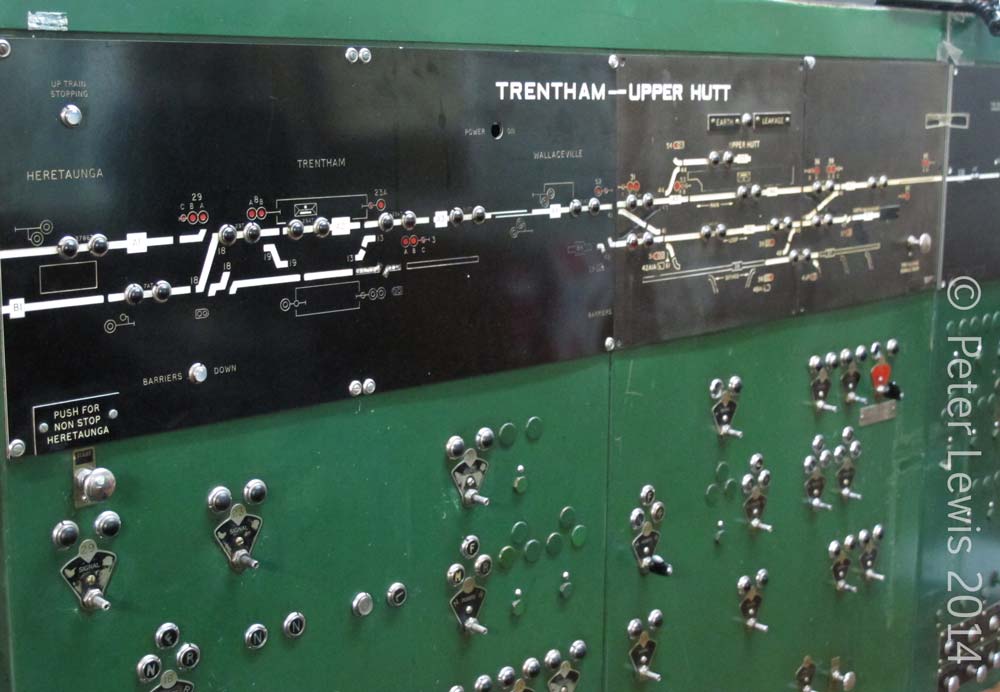 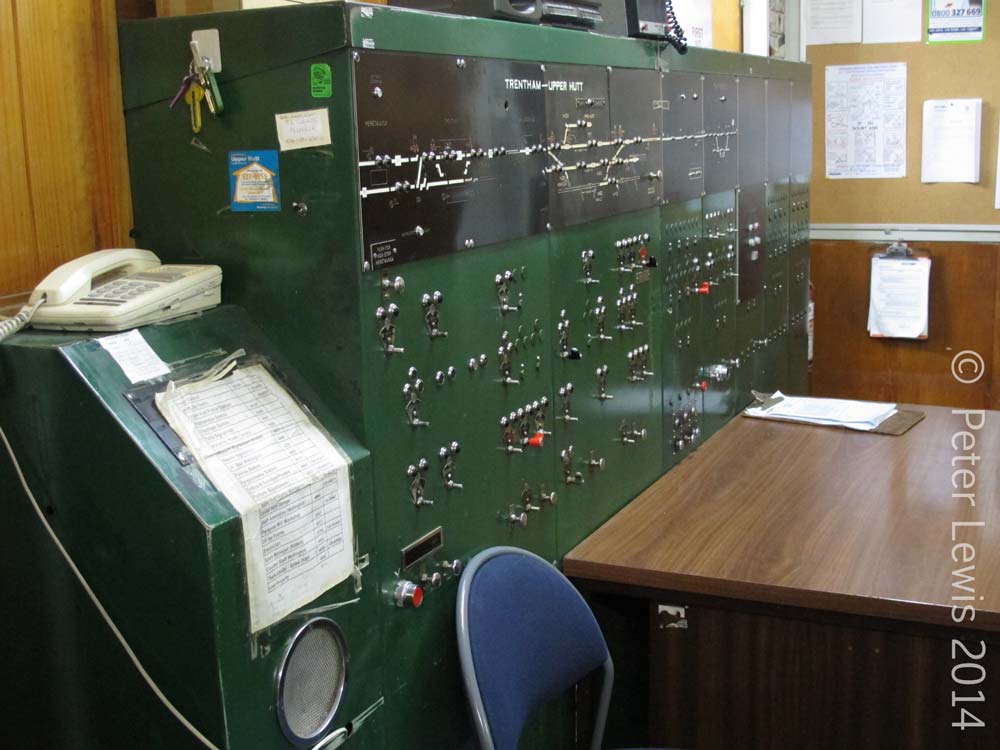